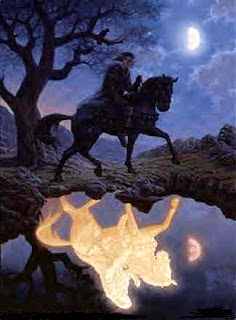 The source of the term antichrist or antichrists come from 1 and 2 John and is referring to people who deny Jesus as the Christ or Messiah in the flesh.

1 John 2:18-22
Little children, it is the latter times and as ye have heard that antichrist* shall come and even now are many antichrists.....they went out from us but they were not of us...who lie and deny the truth that Jesus is the Christ the Messiah of God. He is antichrist that denies the Father and the Son.

To not distinguish and deny that Jesus was God's son and the messiah whom He promised would come throughout the scriptures and confirmed through the miracles and the resurrection from among the dead (Rom 1:4 ) was considered antichrist. It was a movement that was already in the world, not a figure singled out to mark the end times.

1 John 4:1-2
Beloved, believe not every spirit, but try the spirits whether they are of God** because many false prophets are gone out into the world. Here's how you know the Spirit of God: Every spirit that confesses that Jesus Christ is come in the flesh is of God.

False prophets were saying many things about Jesus just as they do today proclaiming him to be what he is not and denying what he is, The Messiah of God. This is how you test the true spirit and know who is antichrist.

1John 4:3
And every spirit that confesses not that Jesus is the messiah come in the flesh is not of God. And this is the spirit of antichrist where of you have heard that it ( not he) should come and even now is it in the world.

2John 7
For many deceivers are entered into the world who confess not that Jesus is the messiah and came in the flesh. This is a deceiver and an antichrist.

Antichrist, a movement with intent, and antichrists, are people who deny and come against the true Christ. It may be absolutely opposed and warring.

Acts 4:26
The kings of the earth stood up and the rulers were gathered together against the Lord and against his Christ.

Or cleverly disguised and appear religious but waters down with tradition which slowly erodes the truth. One must know the genuine word as well as having the spirit of God in Christ in you to discern truth from error.

1Tim 4:1
But the Spirit speaks expressly that in the latter times some shall depart from the faith, giving heed to deceiving spirits and doctrines of devils.

Yes, there is a wicked ruler whom Satan will raise up to deceive the world in the future but not until the light is removed (Christians, God's children; the rapture) and "the son of perdition be revealed and worshiped as God." 2 Thessalonians 2.

Until then, these "false prophets" and so called Bible commentators will look for a man they can call "The Antichrist", when all this time it is not a man and already is in the world. They conveniently change the dates, times and place to accommodate their false predictions usually based on the latest headlines and not the word of God or revelation of true prophecy.

2 Peter 2:1
But there were false prophets also among the people, even as there shall be false teachers among you, who shall bring in damnable heresies even denying the Lord that brought them and bring upon themselves swift destruction.


* Most manuscripts omit the article the.
** Discerning of spirits 1 Corinthians 12:10
Posted by Vivid Images at 8:52 AM